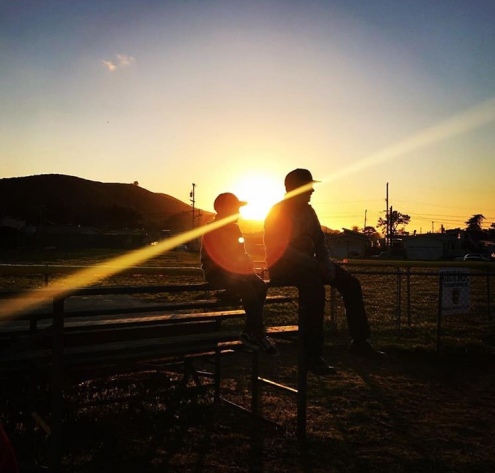 I have a fascinating story to share, but I’m going to let my guest writer do the talking here!  I am honored that “Matt”, a close relative, agreed to tell his story.   The names are changed to protect privacy, and identities are blotted out in accompanying photos.  When I became estranged from a younger sibling, I shared something in common with Matt, who  also became estranged from a younger sibling.  At least I had two other sisters with whom I remain close, but Matt had no other siblings.  I told him that sometimes we have to let go, even if it is our own blood, especially when the relationship turns toxic and does not serve our higher good.  Matt listened closely and I knew he was torn about the sour turn of events.  He tried hard to repair the rupture, but things were not going smoothly, and he resigned himself to the fact that a reconciliation was not in the cards for the time being.  Around that time, Matt decided to get a DNA testing and the story gets riveting from there on out.

Matt’s wife called me one day to give me some exciting news.  Heaven had closed one door, but opened another. You see, Matt found out he had a brother he never knew he had.   I don’t know about you, but it seems as if I am hearing about these kind of discoveries more and more from friends, acquaintances, colleagues, and strangers.  Especially in light of the fact that DNA testing is becoming more widespread and common.

I’ll let Matt pick it up from here:

In July of 1980, I was born in San Francisco, CA, to a working class couple of Irish and Italian descent. I attended Catholic schools, played sports and had a happy childhood.  In 1989, a younger brother was born. Unfortunately, due to the 9-year age difference, we never grew close.  We were just too far apart in age and our interests were not the same.

To find a long lost brother can be a God-send

My mother is half Irish and half Italian. She has light brown hair, fair skin, freckles and blue eyes. My Italian-American father is olive complected with dark hair and brown eyes. Most of my cousins are fair skinned with blonde hair.  Then there is me:  I have black hair, brown eyes, and a much darker complexion than any of my family members. Wherever I go, people think I am Latino, Indian, or Arabic.  I look nothing like my family so I always wondered why I was so different looking and what weird mix of recessed genes came together in my DNA.  With the advent of DNA testing, I could choose to get some insight into my genetic makeup; so two years ago I ordered a DNA testing kit.

(Side note: the San Francisco neighborhood that Matt grew up in.  Beautiful, isn’t it?) 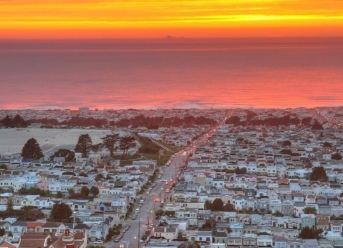 Over the next few weeks, I received notifications that the ancestry site had linked my DNA profile with others they judged to be 2nd, 3rd or 4th cousins.  I had kept my profile open to other paying members who were matched as a relative, but I never reached out to any distant cousins.  After a month, I received an email from another site member that was short and cryptic:

“Hello, my name is Jed and I’ve been matched up with you as being very closely related.  If you have any questions as to why that is, I have the answers if you are open to them. We should talk.”

That was it and I was suspicious.  I admit I am not a very trusting person and this seemed like a sales pitch or some sort of scam. Maybe my long lost relative was the deposed former king of Nigeria? Maybe he’s stranded and needs a wire transfer, and in exchange he’ll turn the throne over to me? 😉

I checked in with my father who thought it could be a distant cousin from his side and counseled me to ‘handle it as you see fit.’  So I handled it as I saw fit:  I ignored it.

The next day I received another email that was different and immediately got my attention:

“Matt, I realized my last message looked like phishing, so I thought I’d clarify. My name is Jed and I was born in San Francisco in 1970 and was adopted that same year. I’m not sure whether or not you are aware, but I reached out to your family and my birth mother about five years ago.  You and I are brothers (or half brothers if you prefer).  I’ve been told that my birth mother has deep feelings about this situation, so I have respected her privacy and do not want to cause any distress to her.  I  was excited to know that I have siblings and it is important for me to let you know that my door is open to you. I think you’ll be surprised at some of the similarities that we share in life even though we were raised separately. It would be great if we could talk so I can fill you in on the details.”

Imagine my shock and surprise, so I called my father and asked, “Hey Dad, do I have a long lost brother named Jed that was given up for adoption ten years before I was born?”  The response was the confirmation I needed as Dad paused, stuttered and stammered and hung up the phone saying he would call back.

I decided to call my brother that same night, and the conversation lasted a couple of hours.  What I learned was amazing; not only did I have a big brother, a wonderful new sister-in-law, but I had three nieces!  Even though we had different fathers and were ten years apart, the similarities between us were astounding.

.  We both went to Catholic high schools in San Francisco

.  We both joined the United States Marine Corps as enlisted men

.  In the Marines, we both became non-commissioned officers and firearms instructors

.  After the Marines, we both entered law enforcement, became firearms and active shooter instructors in our respective agencies

.  We both have St. Michael tattoos (the patron saint of military and police)

.  We both drive Ford trucks and are amateur gunsmiths

.  We share a love for cooking and are the primary chefs in our families

.  We both left California and moved to Texas.  Jed moved there first and my family and I followed.  We live a four hour drive away from each other in the lone star state

.  We have the same taste in dogs

When Jed sent a photo of himself, he was wearing a shirt that I also own!  We decided to get our families together the next weekend.  We barbecued, enjoyed drinks by the firepit and our kids ran together through the house and yard as if they had known each other all their lives. It was a weekend filled with smiles and I was so happy.  How could I not be; I had found a brother.

Matt, Jed and their kids: family day at the beach

The families get together 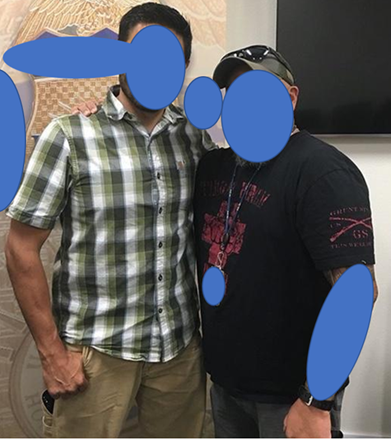 So there it is.  I have a big brother and it has truly been a gift from the Heavens to have found this new family.  I wish I had known them sooner, but I couldn’t be happier to know them now.   I GUESS YOU NEVER KNOW WHAT LIFE WILL BRING. 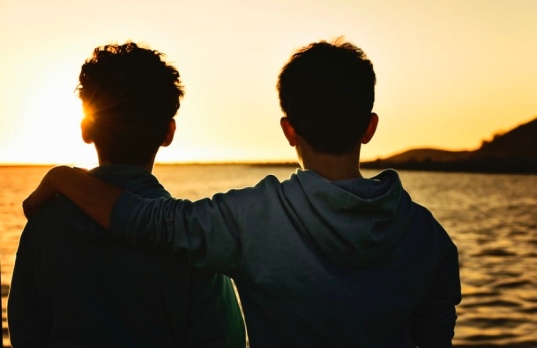 Thank you Matt for sharing your story.  For the sake of time and space, I’ve left out some of the details.  I’m sure readers would like to know about the circumstances that led to your older brother being adopted, and what reactions your parents had when you told them that you were going to pursue a relationship with your brother no matter what anyone thought.  Perhaps there will be part two!

Matt, I remember thinking right away when all of this happened that there are no coincidences.  Heaven closed one door, but opened another and brought you a brand new brother!  Oh happy day.  Perhaps you and I will see our younger siblings again one day,  but until then,  we’ll leave it to Heaven and enjoy what is already in our lives!

“The best we can make of the past is to face it and move on. We can certainly learn from all that we have experienced, but we mustn’t let it hold us back from living here and now.  I will not get so bogged down in dealing with old wounds that I forget about new growth.”  – from COURAGE TO CHANGE, page 99

21 thoughts on “You Never Know What Life Will Bring: A DNA story”